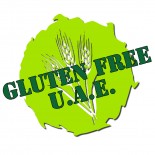 Cant believe I totally forgot to add on the blog about the Radio show I did! It was so much fun, and the response after was enormous, tons of emails and people asking questions about testing for Celiac! I remembered today because  yesterday I bumped in to someone on twitter (is that possible? lol, maybe its twumped in to?), who had heard the show back in May and remembered me from it 🙂 He says he had never heard about Celiac disease before but that he has now taken an interest and reads what he can about it.
I didnt actually want to do the radio, because I was so scared I’d say something horribly wrong or come across as a total fool. About 10 minutes in I felt totally at ease though and it was actually a fun day. A BIG thanks to Suzanne Radford for having me and formaking me (and the others) f

eel so at ease.
Missed the show? You can listen to it again on the Dubai Eye Website.

This entry was posted on 08/08/2012 by glutenfreeuae in Press! and tagged dubai, glutenfree, health, radio.